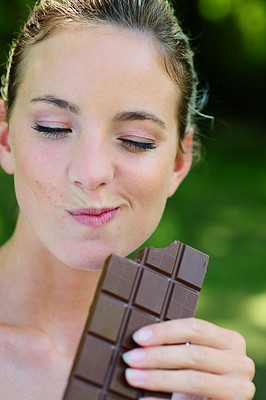 Why don’t some guys drink girly drinks, and some won’t be caught dead with a carton of yogurt?  And why do girls prefer chocolate and tofu, whereas guys get to order all the red meat and strong brews they want?

Salon’s Riddhi Shah examines the reasons why food gets gendered in her article, “Men Eat Meat, Women Eat Chocolate,” to the extent where certain items are shunned if they aren’t deemed gender appropriate.

Marcia Pelchat, who is a sensory psychologist specializing in food and beverage selection at the Monell Chemical Senses Center, says that women genetically tend to gravitate toward sweeter tastes in the foods they consume, with greater brevity toward bitterness. Hence, the reason why cocktails and alcoholic drinks aimed at women tend be sweet, whereas men, who have an overall penchant for bitterness, prefers stronger drinks.

David Katz of Yale University says that some of our gender-driven eating habits can be drawn from evolution.  Back in a hunter-gatherer society, men viewed meat as a reward and were overall expected to build more muscle mass than women.  This has followed us into the modern times, where the men and women of today have different caloric requirements.

The media has a stronghold in this matter as well.  According to Brian Wansink, director of Cornell University’s Food and Brand Lab and the author of “Mindless Eating: Why We Eat More Than We Think,” people are more likely to eat a food when they associate with it qualities they’d like to see in themselves.  For example, if a man wants to be seen as strong and masculine, he is more likely to eat foods that have strong and masculine connotations.

The advertising sector of the world exacerbates this conformity in foods to the max by marketing certain food groups to a specific group or gender.  Hidden messages seen in products subconsciously examine an aspect of our selves – hence, the popular saying: “you are what you eat.” 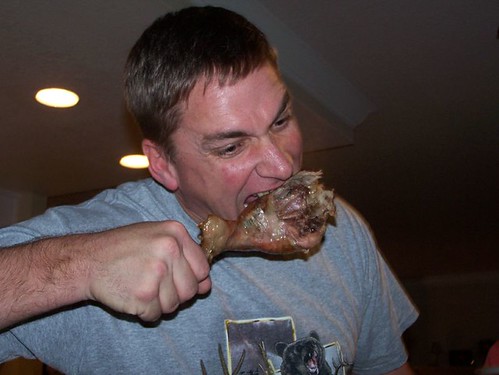 Wansink goes on to say that because most Americans have never experienced famine or starvation, the American conscious perpetuates the idea that certain foods gives us certain symbolic qualities and even craft our personal identities.

One of the ways this is being played out in American society is through personal appearance and weight.  For example, women are expected to be beautiful and thin and be more weight conscious, while men are less restricted and are penalized less for more caloric intake.

Yet certain diets and certain ethnic foods go on to debunk this trend.  Foods normally classified as gender specific are given the OK in circles where a diet that incorporates only specific food groups is endorsed.  Diets, like the recent craze imported by French nutrition expert Dr. Pierre Dukan, allow dieters to eat meats but put some limits on other kinds of foods.

Called the French’s version to the Atkins Diet, the Dukan Diet comprises of four stages that encourages speedy weight loss by building protein-stamina by eating only pure protein for at least one day a week.

But, like Shah comments in her Salon post, times are changing, and many people are breaking free from the molds that food stereotypes bolster.  More people are enjoying different foods from all across the culinary spectrum, and even making healthier choices with their food selections.  For some, a balanced diet outweighs a stereotypical idea any day.

My Nguyen
← Previous Story Financial Tip of the Week: When to retire and what the risks are
Next Story → ‘Diablo 3’ beta: first access to anticipated computer video game coming soon