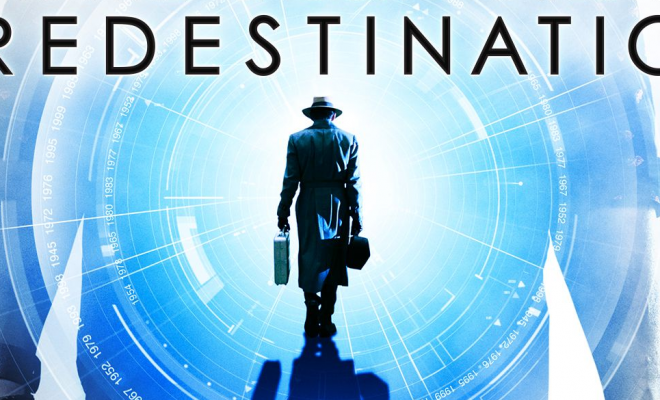 This gem of Australian production would have been one of the most talked-about sci-fi stories had it been released wide on the big screen.  I’ve seen plenty of sci-fi movies, but this ought to be one of the trippiest due to its originality.

After time travel becomes possible, an agency called the Temporal Bureau is founded.  It sends temporal agents to travel back in time in order to prevent tragedies of the future.  The current mission is to stop a “Fizzle Bomber,” who caused thousands of the deaths in New York.  One agent, a man with no past or future, is sent to focus on that mission.  Rules must be followed, as time travel has physiological effects on the traveler.  It seems straightforward, but that’s where it ends.

The main characters are shown to be Temporal Agent and Bartender (Ethan Hawke), Jane (Unmarried Mother) and John (intimately connected to Jane), both dynamically played by Sarah Snook.  Snook’s androgynous portrayal and enigmatic presence will pull you in instantly with her compelling, tragic backstory.  Hawke’s and Snook’s characters connect in a bar and you’ll gradually find that their stories are beyond intertwined.

Jane was just a baby when she was abandoned by her parents and dropped off at the door of an orphanage.  She grows up feeling different and is called a freak.  She’s physically strong and brilliant in mathematics, physics and biology.  She’s then recruited by a space program, a program for the elites who could pass the rigorous physical, mental and intellectual challenges. Due to one absurd, esoteric criteria, Jane is eventually disqualified.

By chance Jane meets and falls in love with a mysterious guy, whose face is unseen onscreen.  Their love produces a chain reaction back in time and forward that will trip even the most die-hard sci-fi fans.  Unbeknownst to Jane and John, they are on their way to fulfill their destiny.

The movie challenges the ultimate impossibility with themes of existence, procreation, choices, destiny, and whether the end justifies the means.  This is one of those movies where the less you know, the better.  You’ll peel each layer, go in a loop, and try to peel it again.

“Predestination” is a 360-degree head scratcher.  And the word “360-degree” will have a new meaning when you realize the full story.  Stream it online!