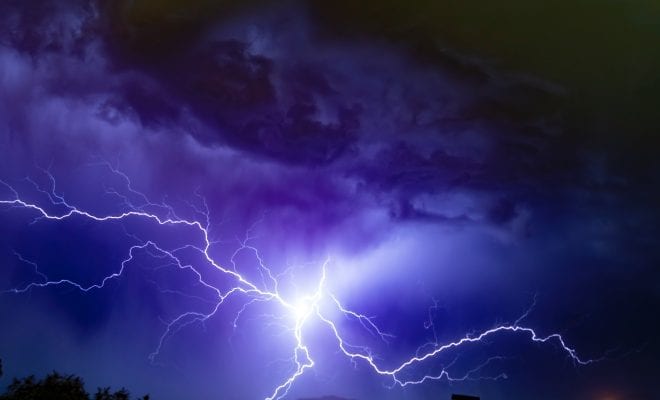 Lightning is one of nature’s most powerful and awe-inspiring phenomena, captivating and intriguing people for thousands of years. Lightning is static electricity that is generated on such a large scale. It is three times hotter than the surface of the sun and could power a 100-watt bulb for more than three months.

While we are familiar with lightning, ball lightning is a rare and incredibly unique phenomenon that is said to be experienced by an estimated 1 in 150 people around the world. There are reports of balls of lightning being seen hovering above the ground, floating through solid objects, and even killing people. These reports date as far back as the Middle Ages, with the stories surrounding them leading to rich mythology. So what exactly is this strange phenomenon?

Ball lightning usually occurs after a lightning strike during a thunderstorm. The glowing orbs resemble a floating fireball, shine exceptionally bright, and can vary in color between white, yellow, orange, red, or blue. The orbs are typically the size of a softball, though they have been seen in a variety of sizes ranging from a golf ball to a beach ball.

The luminescent orbs of electricity move erratically through the air, followed by gangly tendrils of electricity and smoke trails that ghostly spiral around the air. After a few fleeting moments, the orb dissipates.

This phenomenon has mystified both witnesses and scientists, the latter of which still do not have an explanation for the strange occurrence. There are, however, several theories as to why ball lightning happens.

One such theory, proposed by John Abrahamson at the University of Canterbury in Christchurch, New Zealand, suggests that ball lightning is the result of a chemical reaction of silicon particles burning in the air.

Upon striking the ground, lightning causes the silicon in the soil to combine with oxygen and carbon to turn into pure silicon vapor. This rapid change in matter eventually cools, condensing into fine dust, which binds together into a ball by the electricity in the air.

Another theory proposes ball lightning occurs when microwaves become trapped in a plasma bubble, due to the intense transfer of energy when it strikes the ground. As the microwaves are trapped in the plasma bubble, it continues to produce brilliant flashes of light, eventually fading away as the bubble begins to dissipate.

While the exact driving force behind ball lightning is still up for debate, it remains one of nature’s strangest phenomena. Whatever the cause, ball lightning continues to dazzle and mystify those who are lucky enough to experience it.